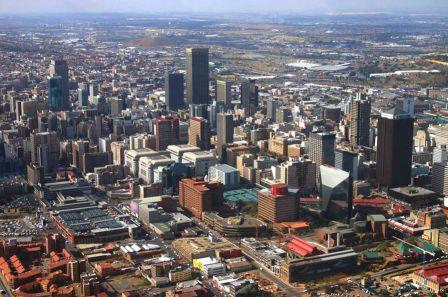 Here is my thinking and a challenge to all Zambians. We have a very tiny economy and we spend a great deal of our time fighting over a pint of salt when we could be mining the ocean. I reside in Ontario, Canada’s largest province. Ontario is only a province in Canada – but it’s by far richer than Zambia, a nation-state. Consider, for example, Ontario has a population of about 15 million people. But it boasts of a GDP of over US$660 billion. Ontario’s main industries include: Manufacturing, Hydro (electricity), Film & Media, Tech, Telecommunications, Steel, Agriculture. The average annual income for Ontario is about US$45,000.

Ontario compares favourably, even at par with Switzerland, which has a population of about 9 million people. Switzerland’s GDP is over US$685 billion. Switzerland’s main industries include: Pharma, Finance and Tennis. And, on average, an individual earns about US$61,000 per year in Switzerland.

Zambia, on the other hand, has a population of about 16 million people, statistically the same as Ontario’s. But Zambia’s GDP is very small, at about US$26 billion. Zambia’s major industries include: Copper mining and processing, construction, emerald mining, beverages, food, textiles, chemicals, fertilizer and horticulture. The highest paid Zambian may earn about US$66,000 per year.

What does these numbers say? First, that Zambia is under-utilizing its resources (human, raw, capital, and so on) and underdeveloped its potential. However, Zambia has room to grow – in fact – at the moment Zambia is one of the fastest growing economies in Africa. But it remains, relatively, a very small economy, more like a province of some small country in Europe. Second, there is need to change the focus. Focus, has generally, been on arguing about the small resources in circulation (mostly centred around copper mining) rather than growing the pie. There is urgent need to increase GDP, expand industries, and make copper mining subsidiary to agriculture, for example. And third and last, compared to Switzerland (which has tennis and finance at the core of its economy and yet is far richer than Zambia), Zambia has potential to develop its existing industries, invest in and develop new others, and become a prosperous country.

Zambia can become a higher-income earner. This is not simply intellectual pandering; there are steps that can be taken to achieve an Upper-Income Economic status. I have proposed a 30-10-60 Theory in earlier writings.

The gist of the 30-10-60 economic model is that, within the next 50 years, Zambia should attain to an affluent middle-class characterized by, “being able to enjoy an acceptable standard of living and being happy (happiness will mean having a life expectancy of 76 years and above; enjoying and having access to a stable and working social support system; freedom from corruption; being able to give to others; and ability to bring in an income that meets all the basic needs and have surplus for saving for the future).”